Joseph Livesey, social reformer and temperance advocate, was born at a house on Walton Cop in March 1794. In his memoirs he left a graphic description of village life during his childhood. Both of his grandfathers were small farmers, Joseph Livesey living in Toad House Lane (subsequently Todd Lane), and William Ainsworth at Watering Pool near Tardy Gate. His father, John Livesey, was a rising manufacturer, and a friend of William Bashall of Walton Factory.

The row of weavers’ step houses where the family lived survives, and Livesey resided in at least three of them before his marriage and move to Preston in 1816. John Livesey had a warehouse and warping mill in the village, and put work out to the local weavers. The raising of Walton Cop has obscured the lower stories of the stephouses – the workshops – but occasionally the lintel of a submerged cellar window can be seen above the footpath. The backs of these houses clearly show them to be of three storeys. The similar building by the newsagent’s at Walton corner (at the time of writing a chip shop) may be one of the warehouses listed in the Hoghton estate accounts. 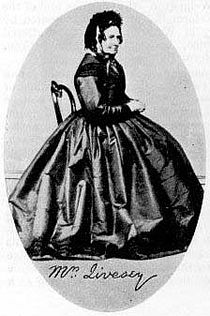 Following the deaths of both of Joseph Livesey’s parents, the family concern eventually failed, and young Joseph’s status fell from that of the rising manufacturer’s son, to that of a jobbing weaver: ‘The cellar where my grandfather and uncle worked held three looms, and so soon as I was able I was put to weaving; and for seven years I worked in a corner of that damp cellar, really unfit for any human being to work in -the fact that from the day it was plastered to the day I left the mortar was soft – water remaining in the walls – was proof of this. And to make it worse, the Ribble and the Darwen sometimes overflowed their banks, and inundated this and other cellars adjoining. It has to me often been a subject of surprise how I bore up and escaped with my life, sitting all the long day close to a damp wall. I remember taking our pieces to Messrs Horrocks and Jacson’s warehouse, and I never wove for any firm but this, and the late Mr Timothy France of Mount Street’.

Livesey married, and the young couple rented a small cottage in the village and struggled to make a living in the trade: ‘On the loom I was most industrious, working from early in the morning often till ten and sometimes later at night, and … my wife … not only did all the house work, but wound the bobbins for three weavers, myself, uncle, and grandfather, and yet, with all this apparently hard lot, these were happy days’.

A move to Preston was not a success, and with a young family to support Livesey’s health broke down in 1816. Advised by a doctor to ‘eat a little cheese’, Livesey by chance discovered the considerable profits to be made from the cheese trade. Quite quickly he became established as a cheese factor, and the basis of his very considerable fortune was laid, enabling him to concentrate on his philanthropic career. He presented his loom ‘to a poor man in Queen Street’, but later bought it back, and had it made into a table, which can still be seen in the Livesey Collection at the University of Central Lancashire.

The young reformer witnessed at first-hand the acute social problems of the day. In these drunkenness played a major part. ‘The weavers crowded the public houses, and they regularly kept ‘St Monday’. The villagers all thought well of drink … We had a sad wet lot connected with the church. The grave digger and his father were both drunkards: ringers and singers, were both hard drinkers … The parish clerk was no exception. When the church clock was standing for want of winding up in a morning, as was often the case, the remark was “The clerk was drunk again last night” … I was surrounded by mental darkness and vice’. When the old bell ringers were replaced, Livesey joined the new group on the second bell. Fines were paid for lateness, and collected for Christmas. ‘We had no-one to teach us better, so we decided to spend the money in a jollification at the White Bull … I need not say what was the effect’.

The temperance movement attempted to greatly reduce the amount of alcohol consumed or even prohibit its production and consumption entirely. In predominantly Muslim countries, temperance is part of Islam. In predominantly Christian countries, forms of Christianity influenced by Wesleyan views on sanctification have strongly supported it at times. More specifically, religious or moralistic beliefs have often been the catalyst for temperance, though secular advocates do exist. The Women’s Christian Temperance Union is a prominent example of a religion-based temperance movement.

Most of the biggest supporters in all countries have been women, often as part of what some describe as feminism. The strong temperance movements of the early 20th century found most of their support in women who were opposed to the domestic violence associated with alcohol, and the large share of household income it would swallow, which was especially burdensome to the low-income working class.